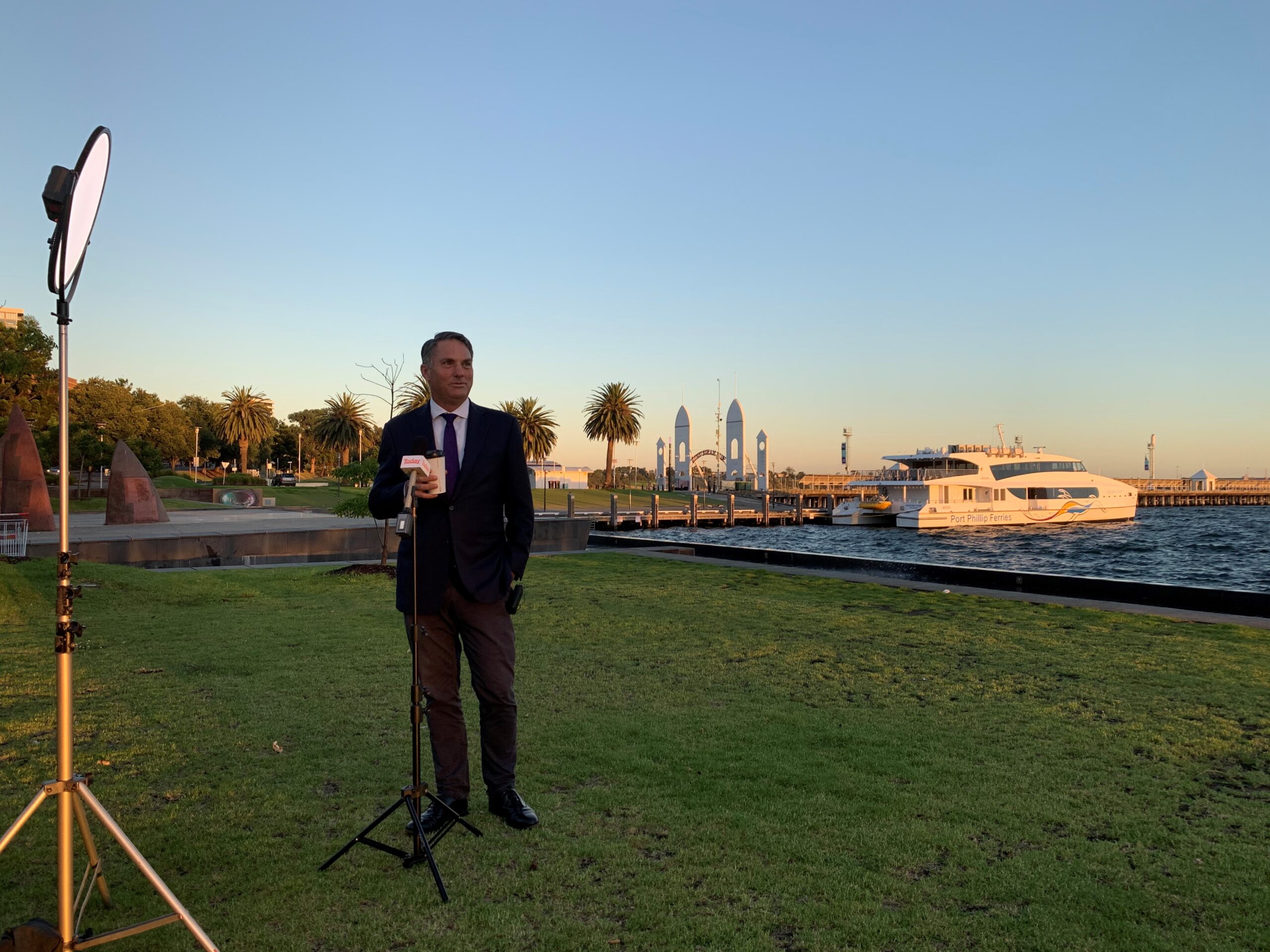 KARL STEFANOVIC, HOST: The PM overnight calling on world leaders to back its fight after the tech giant banned all Australian content from its platform. To discuss, I’m joined by Minister for Home Affairs Peter Dutton in Brissie and Deputy Opposition Leader Richard Marles in Geelong. Guys, thanks for your company. Pete, to you first of all, the world is now waking up to this company, isn’t it. It’s hard to imagine how a corporation could treat customers, Australians, so badly.

PETER DUTTON, MINISTER FOR HOME AFFAIRS: On the front page of the Courier Mail today, Hannah Clarke’s family talked about the fact that their Facebook page has been stopped by Facebook, and we’re at the anniversary of that tragedy, and they wanted to post information about a new ambassador that they wanted to appoint. And there are countless examples like that, really very difficult to comprehend why Mark Zuckerberg would target them, and it’s the act of, you know, a dummy-spitting, rich, out-of-touch CEO. It’s unacceptable, because people have now become dependent and relied upon Facebook for a number of years, and to have the CEO use the platform in this way is unacceptable, and the Prime Minister’s right to stand up to him, and right to ask other world leaders to do the same.

STEFANOVIC: Agree. Josh Frydenberg seems like he’s still in talks with Zuckerberg. Would you continue those talks or would you call it and go, “you know what, you’re not going to bully us!”

DUTTON: No, he should continue those talks, I think that is productive. I hope Josh does better than what we were able to do last year in the child sexual protection- the paedophiles are using Facebook for the distribution of messages. And I mean, we tried to engage with Facebook then, and essentially, they’ve said that their new platform, their encrypted messaging platform, will mean that the number of reports that they give to the national centre in the United States, to report these instances of child abuse each year, will go from about 20,000, down to a dozen. And Facebook and Zuckerberg himself just would not engage with us, with the Attorney-General in the US. And it shows the arrogance within the organisation. They’ve got a big corporate responsibility. The size of Facebook now is about the size of the Australian economy, and so these people have a very special responsibility. And what’s at the heart of this, they were using media content that operators here were paying for, for paying for journalists to report the news and Google and Facebook and others were then sucking that up, using the content for free and all we’re asking them to do is to pay for it and we’ve had this dummy spit.

RICHARD MARLES, DEPUTY LEADER OF THE AUSTRALIAN LABOR PARTY: Well, there needs to be negotiations ultimately with Facebook to come up with a workable outcome. So, I think it is the right step for the government to continue to be talking to Facebook, amidst the appropriate criticism that everyone is making of Facebook. I think whatever else we’ve seen in the last 48 hours from Facebook, we’ve seen a very aggressive use of market power and the way in which they’ve taken down a whole lot of sites is appalling. And I think what Peter’s just described, in relation to the negotiations around the encryption of material on Facebook, you know, is really appalling. But ultimately, the government has something to do with this as well. It is for them to deliver a workable code here. And it’s important that- the criticism is important, but it’s ultimately important that at the end of the day the government comes up with an outcome which is workable for Australians, because we don’t want the platforms to obviously leave the country, at the same time, we do need to be having codes and models in place which make sure that the production of news is appropriately funded.

DUTTON: Well Karl, the Prime Minister’s received advice from his staff that they weren’t aware of it, and I think if you get back to the most important aspect here, that is, the support for Brittany, that’s what’s been put in place. And both the Defence Minister, then Defence Industry Minister, Linda Reynolds, and subsequently her employer in Michaelia Cash, both of them have been very clear this week about the support that they’ve offered. The Australian Federal Police has issued a statement yesterday saying that they’re worried about an investigation being compromised with ongoing commentary, so we’ve just got to get the balance right here. There’s been no formal complaint to police yet. So, we want justice to be done. We want to make sure that the proper process is followed, because these are incredibly serious allegations, and we want to provide support first and foremost to Brittany in what’s a horrible circumstance.

STEFANOVIC: Have you seen the story in The Australian this morning?

STEFANOVIC: So does that not tell you that the PM’s office did know about it?

DUTTON: Karl, I just don’t know who sent the message, what was followed up in terms of the message, whether action was taken, etcetera, all of that can be looked at. But I think, as I say, the two most important things in my mind at the moment and then the politics can play out in Parliament about who knew what, when. But the most important thing at the moment is Brittany’s welfare and secondly the police investigation, if there is to be one, if a formal complaint is made by Brittany, and we don’t want to compromise that investigation, because if somebody has committed an offence, then you want that properly investigated so that justice can be served.

STEFANOVIC: This is not on you, but if the Prime Minister says his office didn’t know about it, and clearly, someone in his office did, then that’s a problem?

DUTTON: Well, if he’s not received accurate advice, then, you know- I mean, he was angry this week, I can tell you, behind the scenes at his staff and the way in which he wasn’t briefed and provided that information. And he expressed that that in Parliament as well. He was right to be angry, if he has been misled than that’s a different level for him to deal with. But on the advice that he’s received during the week, and as he said in parliament, that’s the facts as he knows them. I think, to be reasonable, he can only report the facts as he’s advised by his staff, and the other investigations and the rest of it now can get under way and if there’s new information, then that can be investigated as well. But it comes back to those two fundamental points as I think everybody would recognise as being the priorities now; Brittany’s welfare and the investigation.

STEFANOVIC: I agree with all that but if he hasn’t been told then there’s a problem in his own office, then it’s a reflection of him at the end of the day. Richard, is there a cultural problem in Parliament House and why on earth hasn’t this been fixed before?

MARLES: There is a cultural problem. And we’re obviously talking about the allegation of a very specific and serious crime a couple of years ago. And indeed, the way in which the victim of that crime felt unsupported in the aftermath of it. But to see it in isolation and to see it as something other than a symptom of a culture where there is a problem is to miss the point. And in that sense, this is not partisan. I mean, we’re all responsible for this, and the cultural problems that exist in Parliament House, I think, across politics, actually, is an indictment on all of us. And you know, I think about the- in terms of our own personal guilt in all of this, the words of the Chief of the Defence Force a few months ago in another context, where he said that the standard that we walk past, the standard that we ignore, is ultimately the standard that we accept, and the standard that we endorse. And that’s what we have to change. I do think, in the context of that, that, you know, Scott’s reaction to all of this during the week has been hopeless. I mean, he’s obviously not telling the truth, in that what Scott’s trying to do, which is exactly what Brittany was alleging occurred two years ago, is to minimise the political impact of this, and that’s precisely where we’ve got- what we’ve got to avoid. This is a really serious incident, and it’s in these moments that actually it needs to be confronted without reference to whatever the political impact of it is, so that the event can be called out and the person who is the victim in the situation is supported.

STEFANOVIC: I think ultimately you’re after the same thing, both of you. Appreciate your time today guys and we’ll see you next week. Thank you.