In commercial kitchens at our airports around Australia, at the beginning of this year there were 5,500 workers, many of them members of the Transport Workers Union, who were making meals that people here would have eaten, along with the tens of thousands of others who fly on Qantas flights every year.

Now, for a long time those kitchens were operated by a company called Q Catering. But two years ago, Q Catering was sold by Qantas to Emirates Airlines which in turn is owned by the Government of Dubai and in the process Q Catering became DNATA.

Now clearly those workers had no say in the change about ownership. But two years later, this would have a profound impact on their livelihood because the way the Government’s Jobkeeper arrangements operate is to prevent workers who are employed by a company which is ultimately owned by foreign government, from receiving those payments, even though those payments would of course remain right here in Australia.

And that isn’t fair. 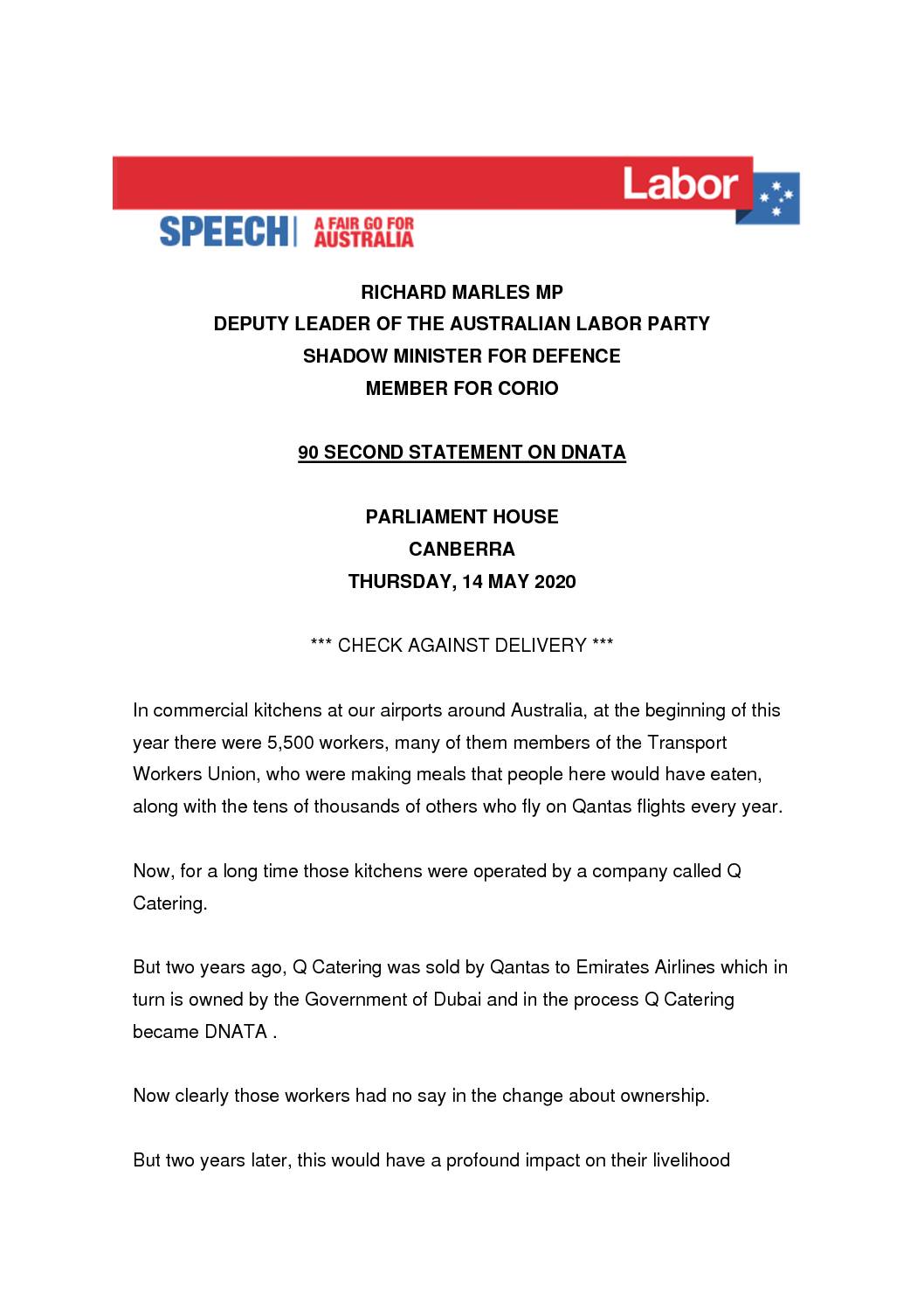