The Morrison Government has serious questions to answer after revelations that the Chair of the Defence Honours and Awards Appeals Tribunal (DHAAT) has rebuked Defence Minister Linda Reynolds for her statement about a decision to deny Tasmanian war hero Edward ‘Teddy’ Sheean a posthumous Victoria Cross for Australia (VC).

Last week in the Senate, Minister Reynolds said the DHAAT’s 2019 review “did not present any compelling new evidence” that might support reconsideration of awarding Ordinary Seaman Teddy Sheean a VC.
In an extraordinary intervention, DHAAT Chair Mark Sullivan has reportedly written to Minister Reynolds and described her statement to the Senate as “misleading and in need of correction”.

Mr Sullivan also reportedly told Minister Reynolds that she “mispresented” facts and made “false” statements, and that contrary to her claims, the 2019 review recommended the VC be awarded to Teddy Sheean based on new evidence. 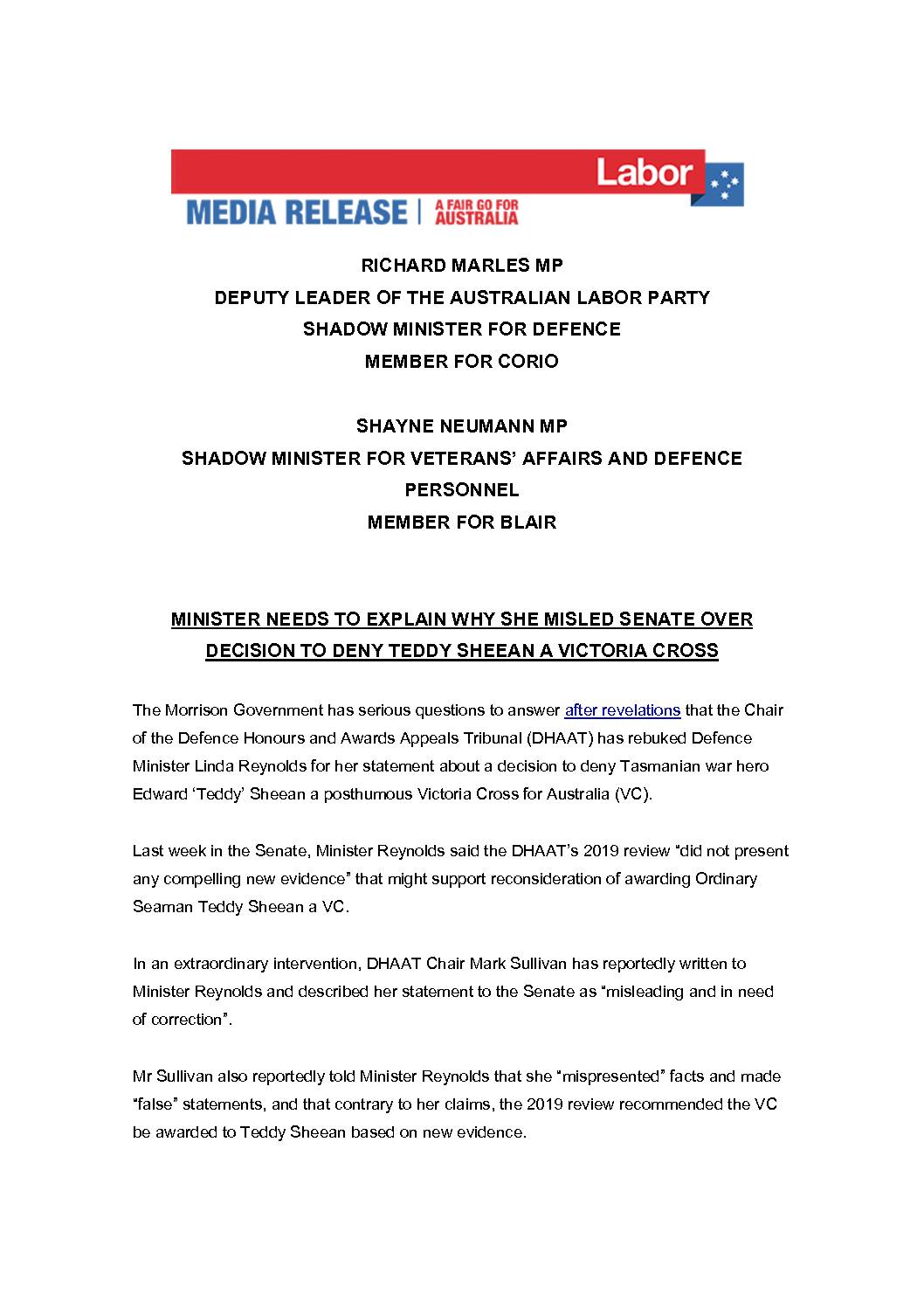