The Morrison Government’s stubborn refusal to award Teddy Sheean a posthumous Victoria Cross (VC) has become a total farce. Today, in response to Labor’s questions in the Senate, the Minister for Defence Linda Reynolds revealed the Government will conduct a review into the independent review that recommended Teddy Sheean receive a posthumous VC. Rather than saying he got it wrong, the Prime Minister is wasting time and taxpayer money with a review into a review. The Chief of Navy and Defence have previously acknowledged that the independent Defence Honours and Awards Appeals Tribunal (DHAAT) was the most appropriate decision-making body to decide on these matters. The DHAAT was established to take the politics out of these decisions. Rather than admit he got it wrong and accept the recommendations of the independent umpire, the Prime Minister has politicised this process. 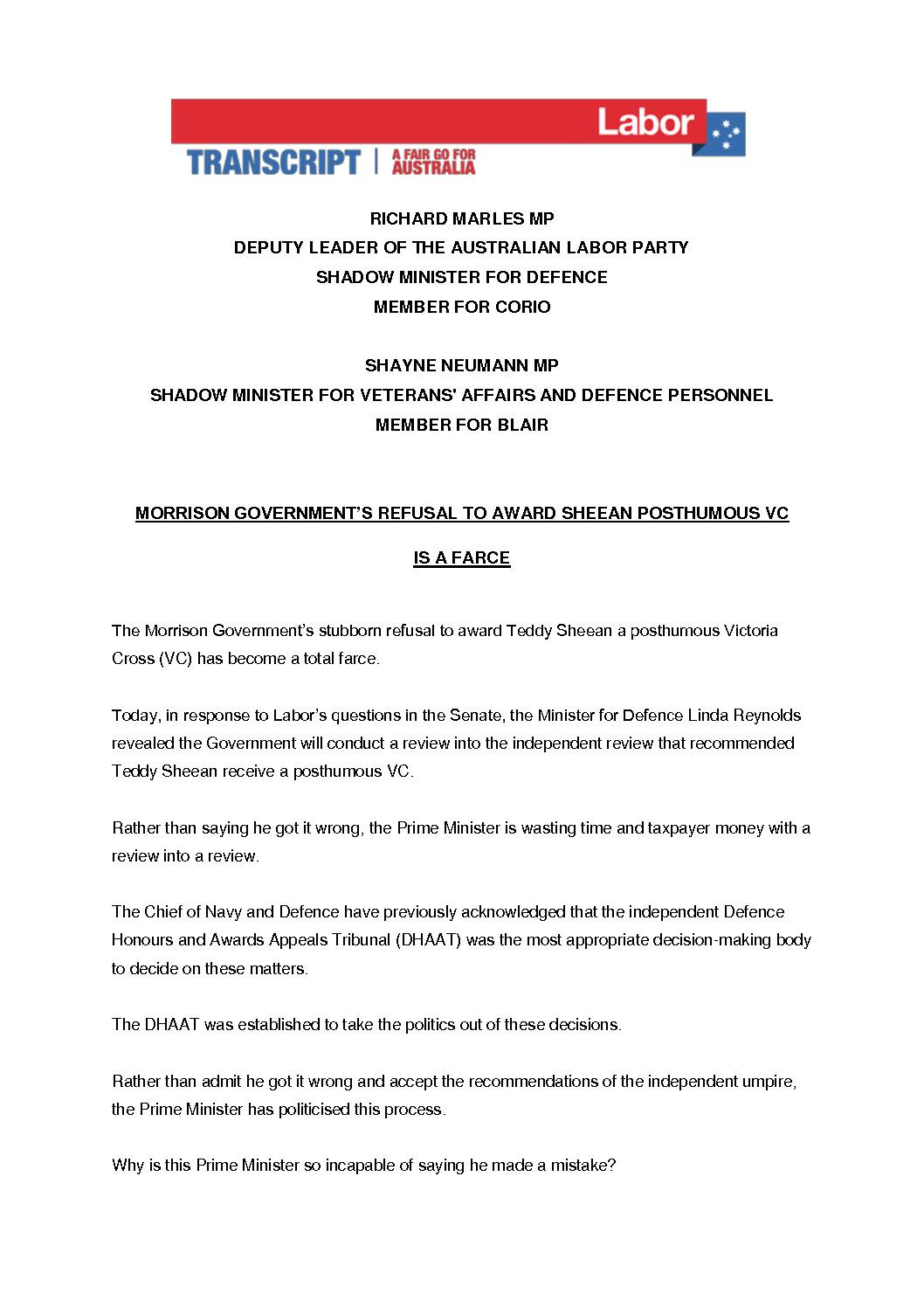