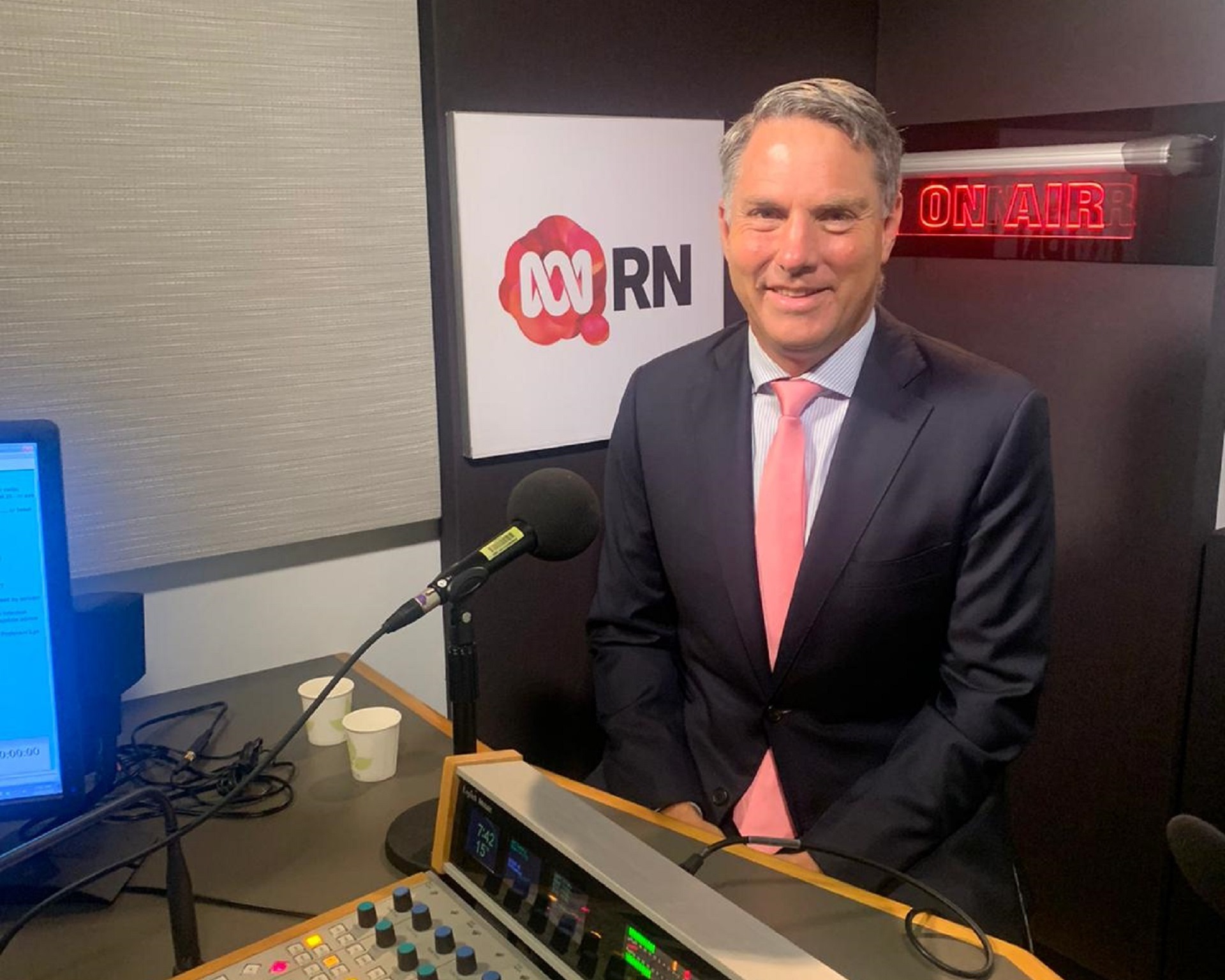 PAUL WEST, HOST: Yesterday, the Deputy Leader of the Federal Opposition, Richard Marles was in Pambula to meet with several small businesses owners, and he joins me on the phone now. Good morning, Mr Marles.

RICHARD MARLES MP, DEPUTY LEADER OF THE AUSTRALIAN LABOR PARTY: Paul, how are you?

WEST: I’m doing very well, this Wednesday morning. How about yourself?

MARLES: Very good. It was a very good day in Pambula.

WEST: Richard, what was the purpose of your visit to the South East?

MARLES: The South East is firstly, a beautiful part of the world, but a part of the world which has been doing it really tough. Probably about the worst run of luck you could imagine over the last 18 months with bushfires, floods – times two – really, because there were floods last year as well as the ones that have just occurred. Then COVID had a particular impact on the South Coast. I met with oyster farmers – the South Coast is famous for its oysters – and they’ve had a rotten time. But in terms of the markets that they would normally supply drying up, with COVID hitting and restaurants not being open for a large part of last year. The bushfires killed a whole lot of their oysters. Right now, they’re experiencing a shutdown because of the latest floods. This is a great industry, an industry which is growing, its outlook over the medium term is actually very rosy. But right now they are doing it really tough, and they are looking for the help that would normally be provided by Federal Government, and that’s not happening.

MARLES: Well, firstly, resilience is the first thing that comes to mind, actually. It wasn’t complaint, it was a sense that actually, they had a really good future ahead of them, but obviously a sense that they had a pretty rough time over the last 18 months. And the particular issues that they were raising is that they have a lot of fixed costs that small businesses do. But that help for them right now in the face of all the adversity that they’re experiencing – so water testing is a critical thing. For example, for oyster farmers, they need to constantly test the quality of the water in which their oysters live, before they’re even able to sell their oysters. In some ways, the last 18 months has been a story of events affecting the short term quality of the water and getting grants from government – the disaster funds – which are which are there to help in this moment. Having them to help with water quality costs would make a huge difference, but they’re just not getting those funds through.

WEST: Have you been hearing that many of these, especially regions like the South East felt forgotten post bushfires with the national pandemic, with the international pandemic stealing the headlines and the attention from the federal government?

MARLES: Again, I don’t want to give a sense that people were complaining, that they weren’t really struggling and given all the adversity that people have been facing that there was the sense of belief in what they were doing and a sense of resilience. But absolutely, there was a feeling that the bushfires happened that people came and went but the effects of the bushfire have lasted. And then other events happened on top of those, COVID really affected that industry. I went to the Longstocking Brewery, again, a great venue, but COVID had a massive impact on that venue, because it’s reliant on tourists and it’s reliant on being able to open and for much of last year COVID prevented all of that occurring. So the sense of government being there, when everyone else had left, that that was not what people had. And really the message that came through loud and clear to myself and Kristy McBain was the sense that the money that is provided in these moments to help businesses get through disasters needs to start flowing and needs to be available.

WEST: The South East region that is critically dependent on tourism as an industry and as you mentioned there, you know, as we all know, many businesses severely impacted by the COVID lockdown and the natural disasters that have been sweeping this region. JobKeeper came to an end at the end of March. And many of our businesses will be feeling the impact of that, as a nation could Australia afford JobKeeper at the level it was operating?

MARLES: The point with JobKeeper, I think the way to think about that Paul, is we couldn’t have afforded to exist without JobKeeper over the course of the pandemic, Labor was calling for job subsidies since this time last year when the government was actually very slow out of the blocks to even think that this was a good idea to begin with, they thought it was a dangerous idea. JobKeeper has been profoundly important in getting businesses through. No one is making the suggestion that JobKeeper should be there, indefinitely. But the point that we’ve made all along is that as you transition away from JobKeeper, there needs to be some sense of what is what’s actually happening on the ground, what’s a realistic impact of the pandemic. And the point really, is that when you’ve still got the international border, rightly closed, and it needs to be, that’s going to have an impact on a whole lot of businesses, which would otherwise be very good businesses. And if you rip JobKeeper out in that moment, which is what has happened, then you’re going to put in serious question the ability of those businesses to get to the other side – and I think that’s what we’re now seeing. It’s a lot of money, which has been ripped out of the national economy. And at a point where you’ve listened to the government be pretty triumphal about the idea of jobs coming back, there are still a lot of people who are not working the hours they were before the pandemic hit. And tens of thousands of jobs are being placed at risk by JobKeeper coming off too early.

WEST: Mr Marles, the vaccine rollout is behind schedule. What more do you think needs to happen on that front to help the economy and international borders reopened and returned to pre-COVID levels?

MARLES: We need to understand that the vaccine is really an economic question, like the vaccine is how we get to the other side of this. The vaccine is how we get to a point where we can have a sense of confidence, eventually, about opening our international border. The vaccine is profoundly important to see Australia grow again, I think there’s been a complacency by the Government. I mean, they talked a big game and said there would be 4 million of us vaccinated by March. That’s not remotely happened, I think it was only about 600,000 people vaccinated or got their first dose by the end of March. How they actually roll this out now is a real question. We need to have a very clear plan that Australians are going to get vaccinated in a timely way. It’s not good enough to hear the government talking about this isn’t a race. I mean, ultimately, there is a time pressure here because, the rate at which things are going it’s going to be a long time for the country to be vaccinated and a long time before the country is able to open up. If you look at the way, America is a bigger country of course, but we see 3 million people a day being vaccinated in the US – there’s nothing remotely like that happening here in Australia, and really the government needs to get its skates on.

WEST: Well, Richard Marles, that’s all we’ve got time for this morning. I hope you enjoyed your visit to the South East yesterday, and thank you for joining us on ABC South East Breakfast.

MARLES: Thanks Paul, it’s a pleasure.