Taking aim at a sub-par performance on submarines

Scott Morrison visited South Australia last month and brought with him a bag full of disappointment. Standing at Osborne shipyard, the Prime Minister came to do no more than cut a ribbon and acknowledge that part of the shipyard for the Future Frigates was now complete.

These are the same frigates that Christopher Pyne promised would start construction this year, before they were delayed by two years. The very same ships that now reportedly face another two year delay. And the same ships that have blown out in cost by over $10 billion.

But never one to let facts about his government’s gross mismanagement stand in the way of a photo op, Scott Morrison proclaimed “another local jobs boom” is underway.

Tell that to the workers at ASC maintaining our critical Collins class submarines just a stone’s throw away from where Morrison gave his press conference.

Those workers deserve answers from the Prime Minister. They were promised an answer by the Morrison government last year, and yet nearly a year on they are still in limbo. 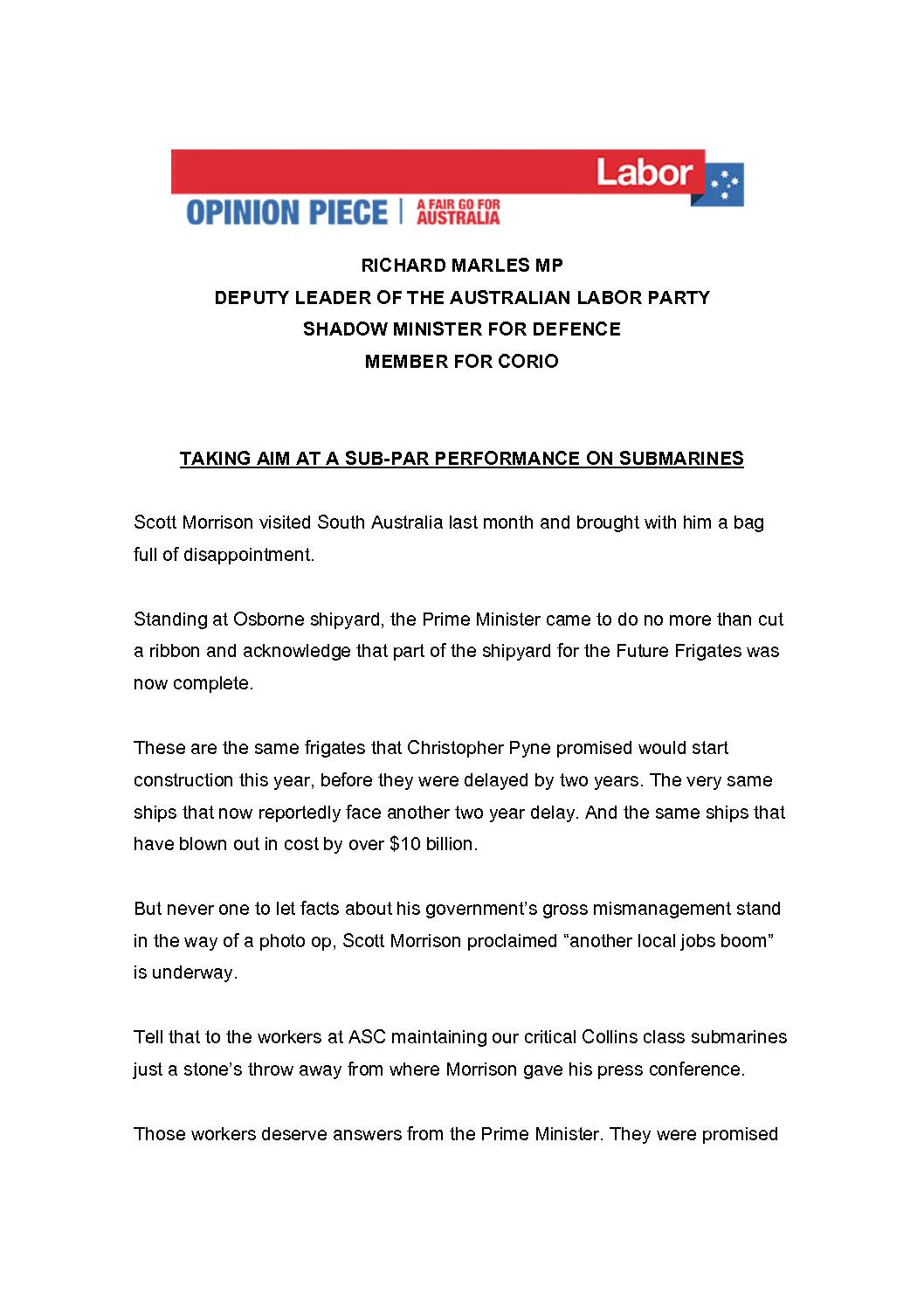